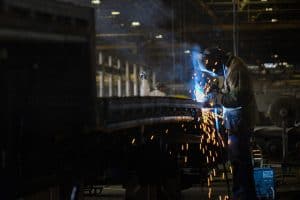 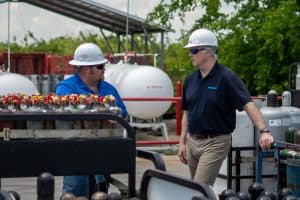 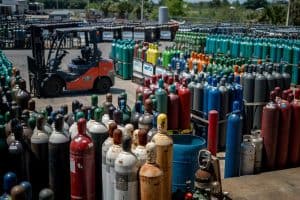 Laser Tech: What Are Gas Lasers All About?

Laser Tech: What Are Gas Lasers All About?

Gas lasers are used in many industries and in a variety of applications- Holograms, measuring, metering, speeding up production, welding and cutting metals such as mild steels, stainless steels, and aluminum and its alloys. While, these examples are found in man-made facilities for human activity, gas lasers are a naturally occurring phenomena. In the last decade, scientists have discovered gas lasers formed in our universe appear to occur in dilute gases, made up of random atoms in clouds in various corners of the galaxy. Yet, here on earth, gas lasers are a human invention and serve to improve our world by what they can deliver in business each day.

Depending upon the gas or gases used in a laser, they can produce ranges in the infrared as well the ultra-violet ranges on the light spectrum. The journey in developing this versatile invention all started in the late 20th century.

Created and developed in 1960, a gas laser using helium and neon was the first to produce a continuous light laser and the first to convert electrical energy to a light output by a laser.

Gases that are used in the design and application of gas lasers are the following: carbon dioxide (CO2), helium-neon (H and Ne), and nitrogen (N).

With so many gas laser technical specifications, you will need to rely on the most pure forms of these gases in order for your processes to run at peak efficiency. Reach out to your nexAir professional and lean on their KnowHow and pure gas solutions to help your facilities produce tomorrow’s products today.

Ask the people with the KnowHowTM here at nexAir how we can apply and deliver laser technology to your business.